The opening chapter takes us straight into a war-torn Dieppe, France. It is WW1, 1918 and Ella is a voluntary nurse where she is based at a Field Hospital for wounded soldiers. After an unforgivable incident, Ella is left devastated. Not knowing if she would be able to get past it, she carries on as expected of her with a burden in her heart.

Ella’s duties are required in Belgium at another Field Hospital where she travels to with a friend, Connie. There, she meets Paddy and the three girls become good friends. Being with two people she cared about, brought solace to Ella as she unburdened her worries to them. Ella, now a little relieved, carried on with her duties as a nurse and concentrated on her job – to tend to the injured, to those who had lost limbs, eyes, and to those who had nightmares repeatedly. She listened to their moans, screams, and their cries and she would be there for them.

When Ella met a wounded French soldier, Paulo, they fell in love with one another. But as fate dictated, little did Ella imagine her love would be taken away from her when the end of the war was announced and Paulo was nowhere to be found.  Where did they transfer him? With a heavy heart, Ella travelled back to the UK with Paddy and Connie. However, she was determined to find him again.

Once back home, Ella brought her nanny back from the nursing home and as the nation was swept by Influenza, Ella learned about her parentage by accident. This was another blow and now Ella wanted to find them more than ever.

Ella’s life became complicated from the aftermath of the war and the author, Mary Wood, draws us in at various points of Ella’s life. Some of which are point-blank happiness and at other times, devastation.

Mary Wood revisits the themes, Love, and Death several times in this novel and we as the reader feel what Ella had had to endure. The author weaves her magic and makes The Abandoned Daughter a page-turner. We cannot wait to see what happens next!

The story moves quickly but it is not rushed. We meet many colourful characters along the way and we learn about their lives and how it is integrated with Ella’s life. I recommend you do read this fabulous novel and like all her other books, Mary Wood does not disappoint. 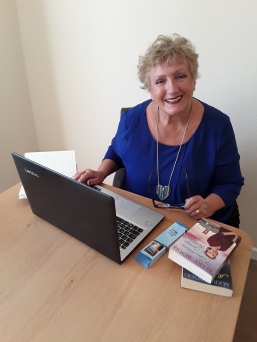 Born the thirteenth child of fifteen to a middle-class mother and an East End barrow boy, Mary Wood’s family were poor, but rich in love. Over time, she developed a natural empathy with the less fortunate and is fascinated by social history. Mary raised four children and has numerous grandchildren, step-grandchildren and great-grandchildren. An avid reader, she first put pen to paper in 1989, and is now a full-time novelist.

The Abandoned Daughter by Mary Wood is the gripping second book in The Girls Who Went to War trilogy.

A place of beautiful sightings in Art and Photography